Now I want to go forward with telling you about my so long-awaited collection. Last time I stopped at the point, when we found fabrics store and made an order there. After we received the fabrics, I started to develop the models. Well, saying „developing“ will be a kind of exaggeration - at that time the ideas of all models appeared just in a few days. There were no torments and doubts. Now I spend months, drawing and pondering over the images, while at that point og time everything happened really fast. 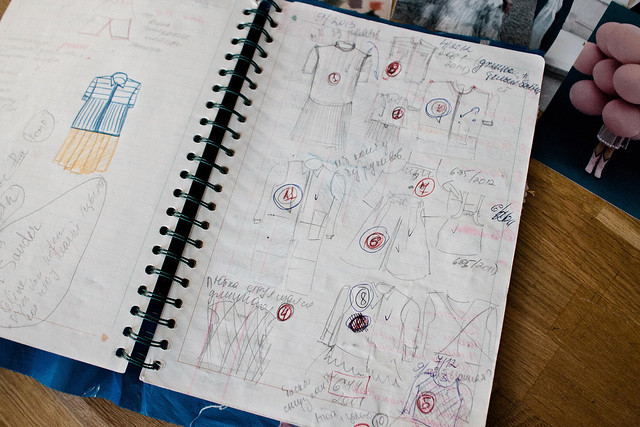 After that I began with patterns. 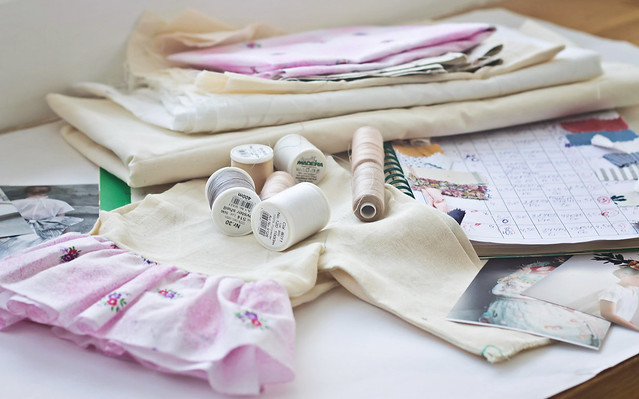 The templets were developed by construction bureau. But what I brought there were not the outlines, but patterns sewed by me. 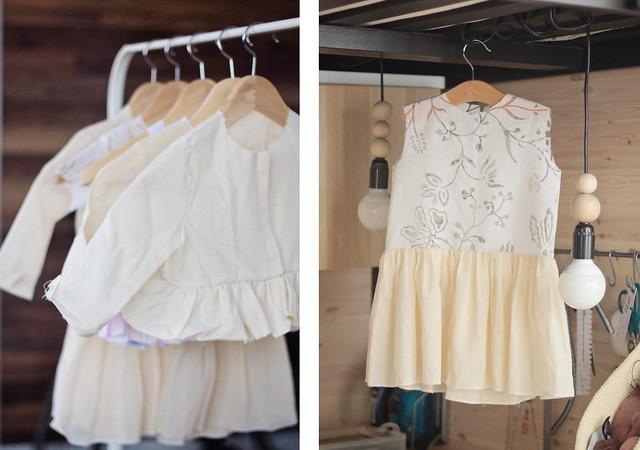 I was really lucky to have a model who was always near. I tried to achieve exact proprotions, so we made an endless number of fittings and tryings on. The models seem very simple, but in fact all proportions have been verified very thoroughly. At what level should be the peplum? This blouse is rather wide, so the sleeves, collar and cuffs should be relatively narrow. And so on and so far, long list of things to be considered. 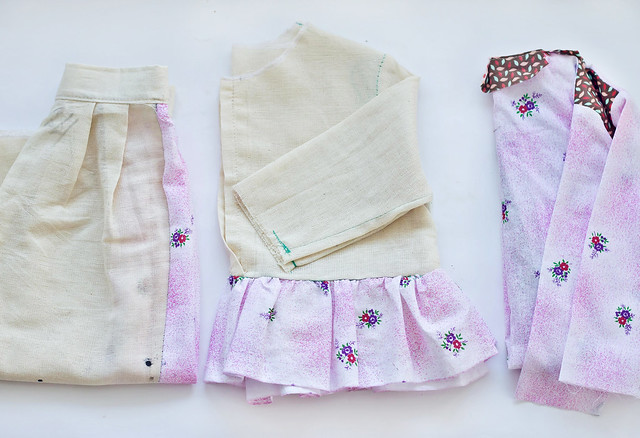 But the most sophisticated things began later. To be honest with you, I did not take it in consideration before. But when we are talking about the kids, every size or growth change means essential change in proportions. Take a look on the peplum at the picture below and on the patterns, which I showed above.The first patterns are relevant for the growth 86cm, while the girl on the picture is 116cm. As a result, we had to adjust proportions essentially, so that the blouse looked fitting. Nadia, our constructor, made the smallest and the biggest pattern. And we sewed two samples accordingly. All intermediate sized were changed proprtionally and gradually.

I really love to contemplate such kind of notepads from the other people. And now it turns out that I also have something piсturesque enough. Most important for me is that here whole history of collection creation has been reflected, including all questions, nuances and remarks. 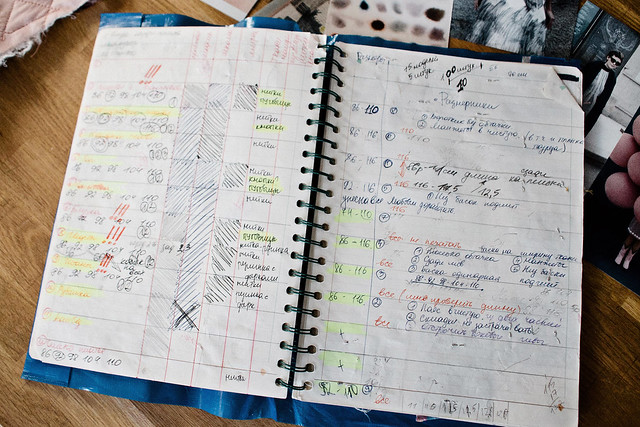 Just after the templets were ready, the work with sewing workshop started. I sewed the test samples also for them, but this time - using materials from our real collection, taking in consideration that features of processing, which seemed appropiate to me. But of course I consulted with technologist before sewing. And here you can see how my tasks for the seamstresses looked. Today when I am looking on them, it seems little bit funny for me - they look so naive. But it worked. 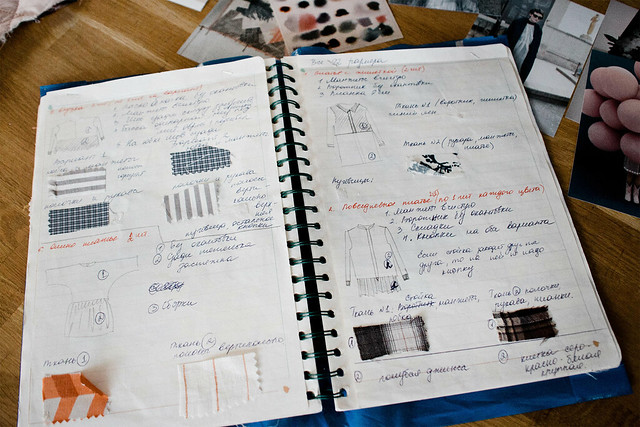 Once I took some pictures in the workshop. 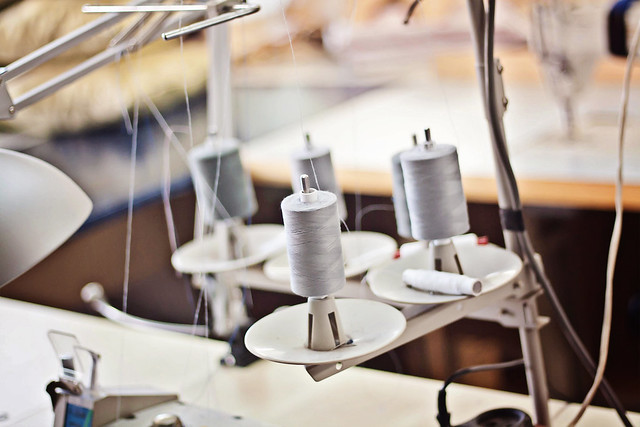 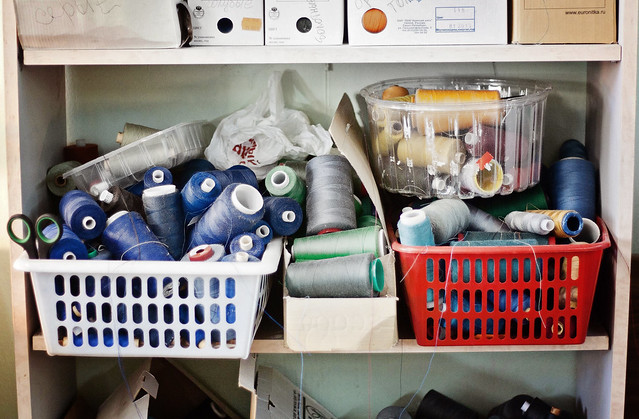 Everything was going good and I hoped to finish the whole collection before moving to Germany. But then some tensions between management of the workshop we worked with and the seamstresses took place. As a result they provided us only a lot with shirts and trousers. But when came home and took a look at this lot, I just gave a gasp. Our constructor made some mistake, and the trousers ensued extremely wide. Even if they would not be fitting for aduldts, but for adolescents for sure. It was the one time during years of our mutual work with this constructor, and it happened with this single lot, which the workshop managed to produce before their closing. It never happened again with the dozens of templets. Later on, when I was in Germany already, I made all of them anew, ripped the belts up and narrowed them. 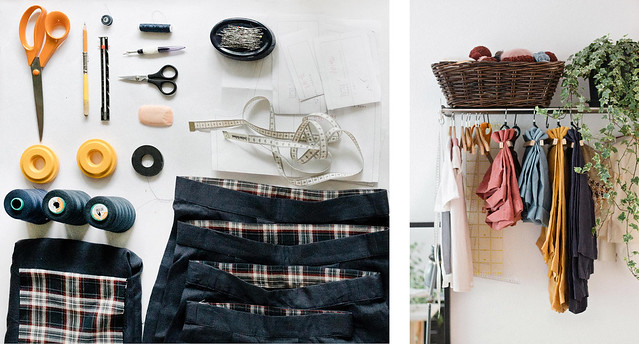 At that time it seemed to me that just everything goes bad, that it’s only me who has so bad luck. But today I apprehend it totally different. And I find it normal and natural. There will be always some mistakes and inaccuracies. One time you get wrong fabrics, or required fabrics was not on stock. Another time some mistake in templets appears, or the lot is released little bit later than expected. It is difficult to find photographer, and especially that one, who sticks to the commited terms. You cannot eliminate all these things but it does not mean that you are the unluckiest fellow in the world. Something unexpected will always happen, and you should just keep reserve of around two extra months to be able to deal with it.

In Germany I found out, that my collection has lack of accesories. Then I had to sew a number of leggins. 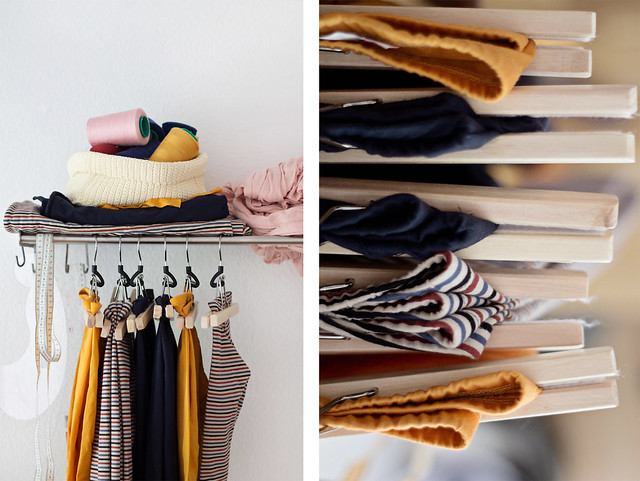 And just few sewing processes below. 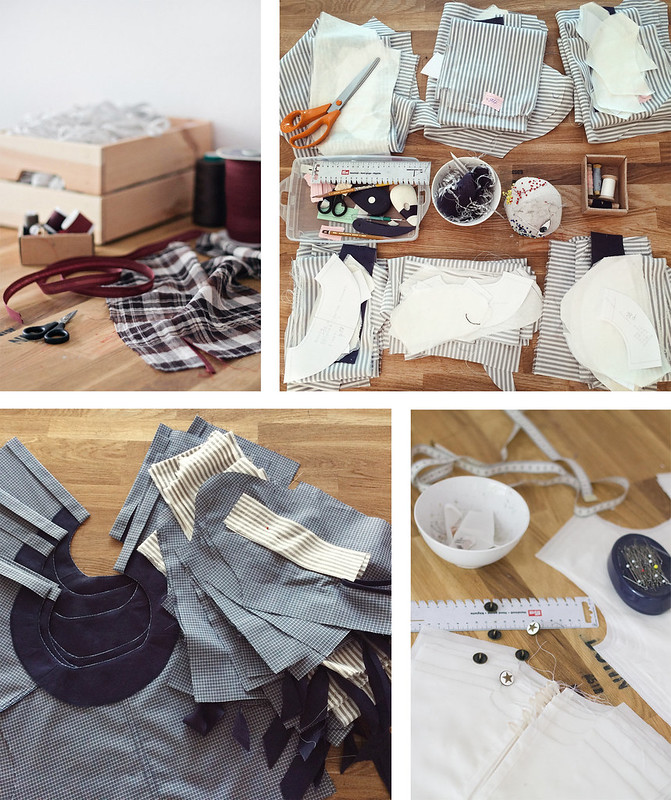 That’s how my table of readiness for summer collection actually looking. Not so bad, sin’t it? 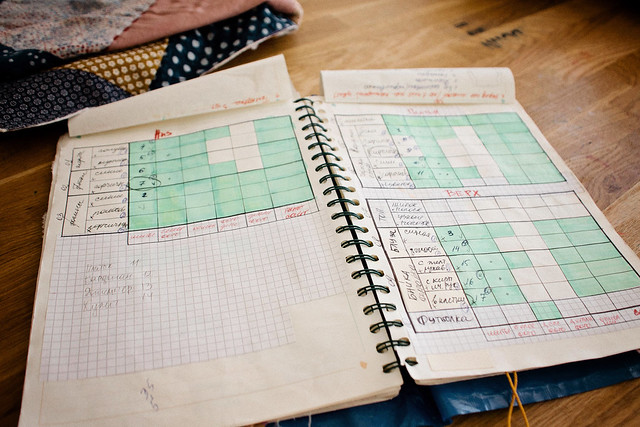